New York Times and Disclosures,
First Responders, COVID-19, and why I missed a month of blogging,
Textbooks in Voucher Schools,
Keep out of my air-space,
Know your rights

CONFLICTS OF INTEREST AT THE NEW YORK TIMES

I yesterday’s post, It’s not as though we don’t know what works, I discussed an editorial in the New York Times about standardized testing and the low test scores achieved during the current (and ongoing) pandemic.

This morning, Diane Ravitch posted twice on her own blog about the New York Times and the financial conflicts of interests with some of their journalists. In the first she lets us know of the close ties between writers and both the Gates Foundation and the Aspen Institute. Readers of my blog know of Bill Gates and his foundation’s close ties to privatization. The Aspen Institute is also among the cheerleaders of privatization.

The second post, quoted below, reiterates the conflicts of interest, but also includes important information for news-reading/watching public school advocates about the Gates Foundation. This doesn’t mean that every Gates Foundation-funded organization will be pro-charter and anti-public schools. I have personally been assured by members of the Chalkbeat staff that they are not influenced by their donors. On the other hand, I still read their posts with the understanding that they get funding from not only Gates, but the Walton Family Foundation, EdChoice, and other privatizers.

In the quote below, Schwab refers to Tim Schwab, a writer for The Nation.

The Gates Foundation provides millions of dollars to many journalistic enterprises, which Schwab argued in an earlier 2020 piece helps to explain the kid glove treatment the Foundation has received over the last twenty years. The media outlets that get funding from Gates and regularly cover his education projects and investments include Chalkbeat, Hechinger Report, The 74, and Education Post, as well as K12 school reporting by NPR, Seattle Times, and others. The Foundation also helps to fund the Education Writers Association, which frequently features speakers friendly to various policies favored by Gates.

IN WHAT UNIVERSE DO FIRST RESPONDERS GO UNVACCINATED AND UNMASKED?

Cops must get vaccinated. Full stop.

I noticed this post on Fred Klonsky’s blog and it reminded me that, depending on where you live, “all city workers” — who are the subject of the Chicago Mayor’s vaccine mandate — doesn’t mean all first responders. At the same time I’ll explain why this blog went quiet for a month without any warning.

Late last spring I began to feel sick — suffice it to say that I needed minor surgery (which for someone my age means major recuperation time). I was taken to the nearby hospital by ambulance. (The following is a retelling of my spouse’s story since I can’t remember) When the two EMTs walked into our house they were unmasked. One began to work on me, and the other was peppered with questions from my panicky spouse: “Why aren’t you wearing masks?” “Are you vaccinated?” The EMT who was not tending to me put on his mask and answered that yes, he was vaccinated and vaguely reassured her. The man tending to what we assumed at the time was an emergency never answered the question, but he did don his mask.

I will assume that all the EMTs in my house (several more arrived later, masked) had recently been tested for COVID-19, but I don’t know that for sure. I am immune-compromised with several health issues, and I was and still am, susceptible to COVID-19, or any virus for that matter. Furthermore, it’s easy to see just by looking at me that I’m old enough to be seriously ill if I contracted the virus.

Masks and vaccinations should be required for all first responders…anyone who might have emergency contact with members of the community.

What could possibly be a reason that vaccination and proper medical procedure (masks, for example) should not be required for first responders, whether in a practice, or at a treatment facility or at an emergency scene, whether working with patients or sitting at the front desk, or driving the emergency truck? Other than the fact that I live in Republican, anti-science, Indiana.

[Chicago’s] Mayor Lightfoot issued the order yesterday that all city workers must be vaccinated.

The response by Fraternal Order Of Police president John Catanzara was predictable.

“We’re in America g—–n it. We don’t want to be forced to do anything. Period. This ain’t Nazi f—ing Germany (where they say) ‘Step into the f—ing showers. The pills won’t hurt you.’ What the f—?”

The language of this Trump loving fascist comparing vaccination mandates to gassing Jews by the Nazis has nothing to with mandating or union bargaining.

WHAT’S IN YOUR TEXTBOOK?

Here in Indiana, and in many other private-school-voucher-allowing states, kids are learning that humans lived with dinosaurs and that slaves were immigrants…using public funds.

The textbooks reviewed by the Guardian are used in thousands of private religious schools–schools that receive tens of thousands of dollars in public funding every year. They downplay descriptions of slavery and ignore its structural consequences. The report notes that the books “frame Native Americans as lesser and blame the Black Lives Matter movement for sowing racial discord.”

As Americans fight over wildly distorted descriptions of Critical Race Theory–a manufactured culture war “wedge issue” employed by parents fighting against more inclusive and accurate history instruction- -the article correctly points out that there has been virtually no attention paid to the curricula of private schools accepting vouchers.

…The U.S. Constitution gives parents the right to choose a religious education for their children. It does not impose an obligation on taxpayers to fund that choice, and we continue to do so at our peril.

KEEP OUT OF MY AIR-SPACE

A famous quote, or groups of quotes, which in today’s world might read…

“Your liberty to not go unvaccinated and not wear a mask thereby possibly spreading COVID ends where my air-space begins.”

John B. Finch, the great constitutional amendment advocate, was wont to settle this point by a single illustration. He said, “I stand alone upon a platform. I am a tall man with long arms which I may use at my pleasure. I may even double my fist and gesticulate at my own sweet will. But if another shall step upon the platform, and in the exercise of my personal liberty I bring my fist against his face, I very soon find that my personal liberty ends where that man’s nose begins.”

Know Your Rights! A Tale Of Two Prayer Policies, One Forced And One Free

Americans United for Separation of Church and State have issued information about the rights of students, teachers, and parents in public schools. This post and the next are some examples of what they stand for.

I was glad to be free of compulsory prayer and school-sponsored religion. And even though I knew little about the law back then, I had an instinctive understanding that it was simply wrong for public school teachers and staff, who are agents of the state, to sponsor or pressure anyone to take part in religious activity.

Yet I also knew that our school was no “religion-free zone.” One of my favorite classes was an elective I took about World Religions. The approach was strictly objective, and there was no proselytizing. This was the first time I had been exposed to the doctrines of non-Christian faiths. It was an eye-opener.

Know Your Rights! How A Fourth Grader’s Request Sparked A Classroom Lesson On Tolerance

Dissent, in the form of religious difference or non-religion, can be scary. It can feel uncomfortable or disorderly. But that day in a class of fourth-graders, I saw how creating space for those with non-majoritarian beliefs doesn’t just protect those believers (or non-believers). It also presents us all with an opportunity to reflect on and gain a greater understanding of our own views and traditions. In other words, the rights of dissenters protect all of us. And I’m proud to work at Americans United, where through our Know Your Rights campaign and other vehicles, we protect those rights every day. 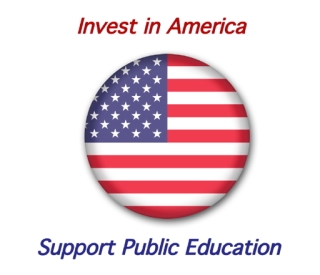